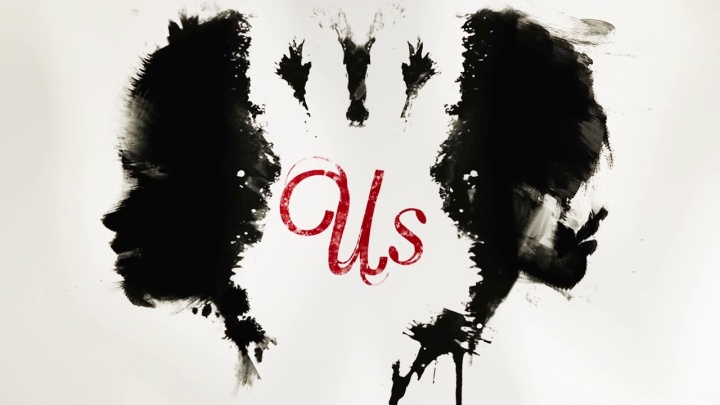 It’s almost impossible to view this movie in a vacuum, a void in which director Jordan Peele didn’t make his directorial debut two years ago with the remarkable Get Out, a movie which garnered a large number of award nominations, going on to win many including the Academy Award for Best Original Screenplay. That weight is inescapable, but instead of trying to reinvent the wheel with his hotly anticipated sophomore effort, Peele reaches into a grab bag of horror tropes familiar to 80s and 90s horror enthusiasts and mixes them with some premises he used in his first film to create something altogether unique. The result is a genre-bending roller coaster ride that will have you on the edge of your seat one moment, then laughing yourself off the edge the next.

A few introductory scenes depict a young girl in 1986 watching a commercial for Hands Across America. Later on, she wanders off the boardwalk by herself and into a funhouse where she is frightened by a figure that looks like herself. In the present day, we are then introduced to the Wilsons, a lovely family of four on a car ride to their Northern California vacation home–the distant but protective mother, Adelaide (Lupita Nyong’o); the goofy, well-intentioned father, Gabe (Winston Duke); the teenage, smartphone-wise daughter, Zora (Shahadi Wright Joseph); and the scamp of a preteen son, Jason (Evan Alex). Attempting to enjoy themselves and relax, the family heads to the beach. Though Adelaide seemingly has mild PTSD from the aforementioned events she experienced as a child, she never talks about what happened, even as the Santa Cruz beach triggers repressed memories. All this changes when four strangers appear that night at the end of their driveway.

From start to finish, Nyong’o is particularly amazing in her role, going for broke in every scene. Adelaide is well in line with other strong, female badasses such as Sigourney Weaver’s Ripley, and her transformation through the movie is very interesting to watch. Duke also plays his part well with Gabe acting as the comic relief essential for this movie to work. Peele, as he did in Get Out, loves to mix in dashes of grounded comedy, allowing for levity now and then. While Elizabeth Moss and Tim Heidecker are both serviceabe in their roles as Kitty and Josh respectively, their characters are only in a couple scenes and don’t add much to the plot except to move it forward, not knowing enough about them to care. The Wilson kids are much more integral and both are embodied well by their child actors.

Though there is a lot of violence and death, most of those deaths are never
seen directly, only implied by blood spatters and the use of sound. Many people flinch or look away when deaths are shown on-screen, so this style allows even antsy viewers to keep watching, building the sense of dread even more. When death is shown on-screen in Us, it is always a pivotal moment that no viewer will be likely to turn away from, their eyes glued to the screen. The fact that people won’t want to miss watching those deaths might say something about us as people and perhaps Peele wants us to confront that.

Many horror movies rely on overly gruesome scenes to induce scares, but Us instead depends on sound effects and music. Their implementation here is very effective at conveying emotion and provoking jumps. In one scene, when the Wilson doppelganger family is being introduced, the score strategically changes from loud orchestral music to complete silence except for some very creepy sounds, leaving us to fill the sudden void with our imagination of what will happen next. This style is also held over from 80s horror movies, but Peele uses it to such great effect here.

It’s notable how horror can be drawn from seemingly normal, everyday events and contrasting imagery. Right from the beginning, the camera follows young Adelaide closely while she walks the boardwalk with her parents. Everything is bigger than life and sounds are loud and foreign. The child holds a perfect, uneaten candy apple, signifying pure innocence. That is, of course, until she drops it and walks into the funhouse. This sort of imagery continues throughout the movie with rabbits and the color red all over the place, which only adds to the creepy atmosphere.

Peele is wonderfully on-point with the symbolism. The overall theme that everyone has a secret dark side is wonderfully executed. That, if everyone’s dark sides were revealed, they would kill everyone brings to mind the Purge movie series. However, the more poignant allusion expressed in Us is that of Trump and his effect on America, how large groups of people were forced to live in the shadows until he ran for president and now his unwavering supporters have come out of the woodwork and comprise almost half of the country’s population.

If there’s one thing that holds this movie back, it would be that the story is so dense that many ideas end up not panning out on closer inspection. For example, there is a particular verse that is alluded to a number of times. The verse itself is sort of prophetic for what happens in the movie, but it’s not clear why, say, Jason points to the alarm clock when it reads the verse number. In another scene, when everyone is enjoying themselves on the beach, a random red frisbee with a star on it nearly hits Adelaide, falls, and completely covers a blue circle on the towel. She acts concerned when she sees it, but beyond the symbolism and foreshadowing this occurrence would provide for the viewer, it’s not clear why she would think this was out of the ordinary.

In fact, there are quite a few questions the film presents, many of which are never answered. Adelaide’s early explanation of “things seem to be falling into place” doesn’t make much sense since the only thing supernatural occurring this world is the tethering concept. Peele himself may offer answers to a lot of these inconsistencies in the form of sequels, which he has alluded to being open to making. On the other hand, he has said that not providing every answer, leaving people to guess, merely adds to the psychological horror.

Jordan Peele’s much-anticipated sophomore effort is outstanding, just like his debut. His method of almost completely switching genres every 20 minutes really works for Us and keeps the viewer guessing. The underlying mystery at its core, with a twist that’s not entirely surprising, is unreservedly performed by its cast with Nyong’o standing out in particular. Though its story may not be as streamlined as Get Out, Us deserves just as much attention for its use of iconography and current-day themes and its clever merging of classic tropes with new ideas.