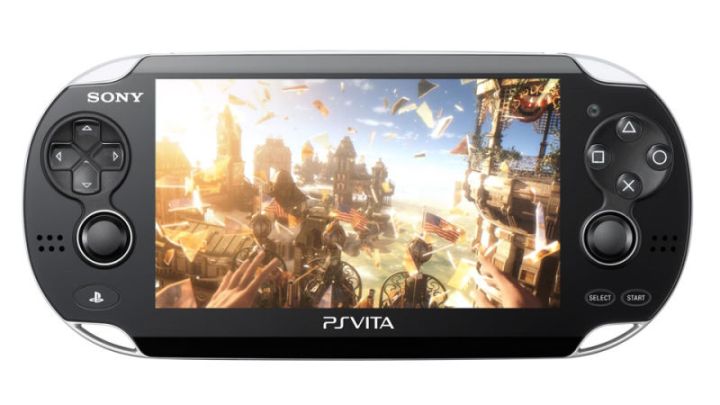 While the writing has been on the wall for some time now, the PS Vita, Sony’s attempt at a follow-up to it’s popular PlayStation Portable (PSP), has been discontinued. For the first year or so after its initial release to American audiences, the company made a half-assed effort to show support for the powerful piece of hardware, but in response to sales never quite picking up, they pulled all software support about halfway through its lifecycle, leaving the heavy lifting up to 3rd party and indie developers. And lift they did, eventually releasing a ton of games that, while mostly not exclusive to the system, were still fun to play on the go.

I could lament from atop my soapbox until the cows come home about the mistakes Sony made or the potential the Vita had to rival the Nintendo Switch, but that won’t change what has already happened. The only option now is to move forward. Sometimes to move forward though, one has to confront the past, and the truth is, the most glaring flaw with the development of the console is that only Sony’s proprietary memory sticks could be used for game storage. These things were at least twice the price of standard SD cards with equivalent storage and the maximum capacity available was a paltry 64 GB. For someone such as myself who has a lot of/too many games, that kind of storage doesn’t cut it without constantly doing storage management.

So a couple weeks ago, I started wondering if any 3rd party developers had ever created more sizable storage options in the years since the console’s launch. Such a thing is standard practice in the gaming industry, even for niche hardware. I happened upon some threads and Amazon listings suggesting that special adapters could be used to install micro SD cards in the game slot. My prayers had finally been answered! The only catch: I had to hack my system in order to do it. With fully detailed instructions all over the Web, how difficult could it be?

I suppose it’s worth mentioning that I have a small amount of experience having done soft hacks in the past. First, it was emulators, which wasn’t so much hacking as it was acquiring software from different places and using them correctly. Then, I started jailbreaking my first iPhones, enabling me to do things I couldn’t normally do with them. That was simply a matter of downloading the right program and running it with the phone physically connected to the PC. Next was my first actual hacking: the aforementioned PSP. I honestly don’t remember much about this because it didn’t last long. While I was able to successfully play a ton of games from different systems, the hardware was notoriously unstable and eventually bricked itself.

Much more recently, I installed a high storage memory card on my 2DS, allowing me to store all my games on it at once. This was simple, convenient, inexpensive, and didn’t really require hacking. I was hoping to get the same results from hacking the Vita. So after checking to make sure I had the right firmware–anything below version 3.70–I bought the two pieces I needed, the SD2 Vita and a 256 GB micro SD card. I briefly glanced over instructions for the process and, while tedious, most of the steps were simply copying and dragging files. I had no idea what I was getting myself into.

I’m not going to go over every step of the 4 or 5 hours I spent trying to get the software to work on my Vita, but suffice to say, it didn’t work. The first process I followed didn’t transfer the necessary software onto the handheld at all, so I sought out a more hands-on procedure. This next one actually did install one of the programs on the hardware, but after opening it and attempting to install the other ones, seen in the below menu, the system just crashed. Nothing I did could make it work, after wasting a night on it.

At first, the angel on my shoulder said, “You can just start the process over tomorrow. Maybe you made a mistake somewhere. Failing that, you can just find another procedure that’ll work better.” But the devil on my shoulder said, “What? And waste another night on this crap? Your time could be better spent blogging and playing video games!” So I listened to the devil and now I’m looking for a reason to keep my unopened 256 GB micro SD card. Storage management is annoying, but it’s not worth wasting multiple nights trying to avoid it.

If you must have a hacked Vita and can spare dropping around $300, which is nothing compared to all the money you’ve spent on your games if you don’t have storage space for them, there are plenty of pre-hacked consoles on eBay at the optimal firmware version, 3.65. They also have emulators for multiple former systems like the NES and Sega Genesis including their entire game libraries. I would recommend buying one of those.